THE MOST DESIRABLE SHOE EDIT FOR SPRING/SUMMER 2017

With spring arriving faster than we thought, we’ve brought to you the most desirable shoe guide to invest your money in.

Whether you are looking for trendy flats, crazy high heels or slide in options, this edit has got you covered. The below listed styles will provide you with endless pairing possibilities for seasons to come.

Pick any pair to rock a glamorous look and go all out glam with the fanciest footwork! So, let’s begin with our top selects of luxury footwear which you should be wearing!

DOLCE & GABBANA: Add some flower power in your look with these oh so chic Dolce & Gabbana heels with stones and beaded embellishments. You can pair it with a nice pastel colored dress. 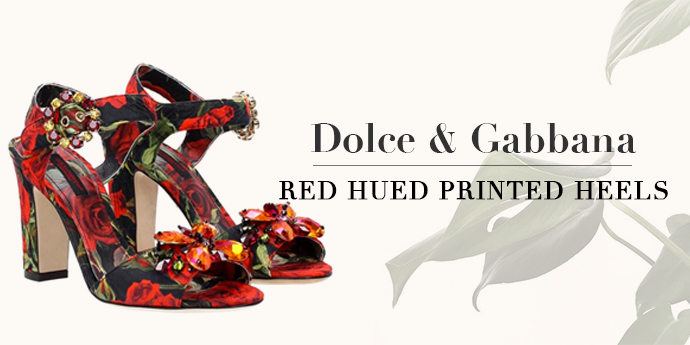 CHIARA FERRAGNI: These Chiara Ferragni ballet flats are a refreshing twist on the usual leopard print. They will look cool and quirky with your daily casual wears. 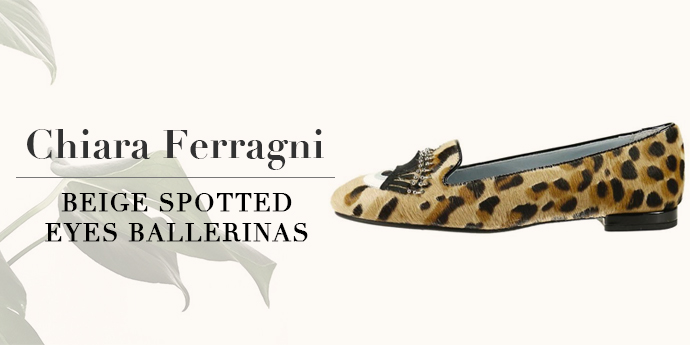 DSQUARED2: Summers bring with itself so many colors! Like This summery Dsquared2 multicolor heels which is so unique that you can experiment with it in so many ways! 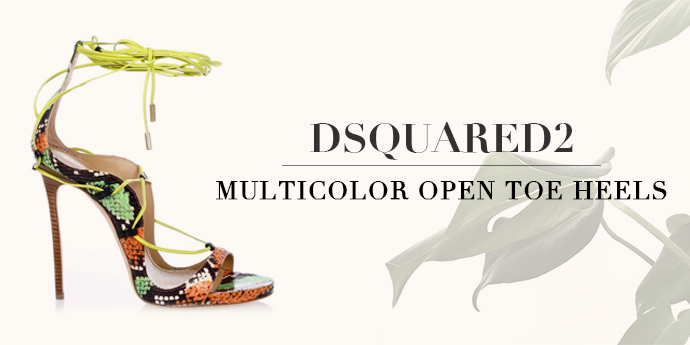 SALVATORE FERRAGAMO: Elegance is the staple that never goes out of style and is required in every season. The simple yet stylish navy Salvatore Ferragamo ballet flats is a perfect option to be paired along with your formal wear. 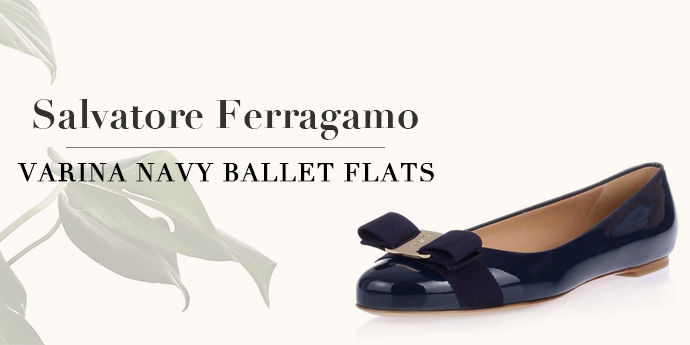 TORY BURCH: The dusty miller Tory Burch wedges is something that will work with every outfit of yours. The pastel color looks beautiful in any season! 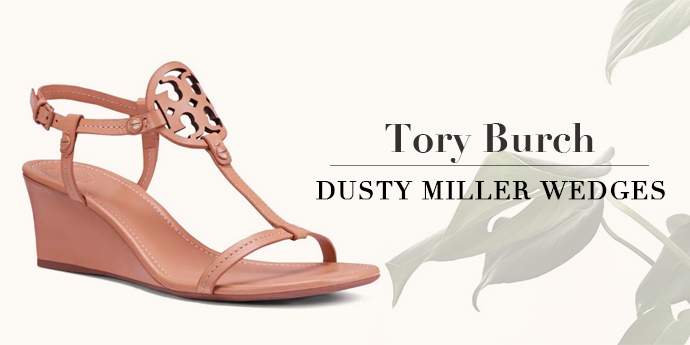 KATE SPADE:  A little sparkle never hurts anyone, right? These ultra chic Kate Spade glitter sneakers will get you compliments wherever you go! 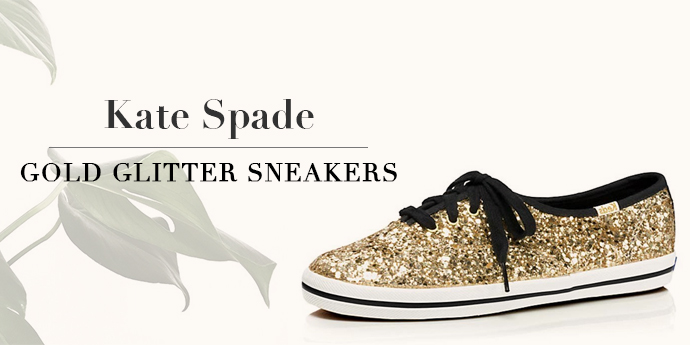 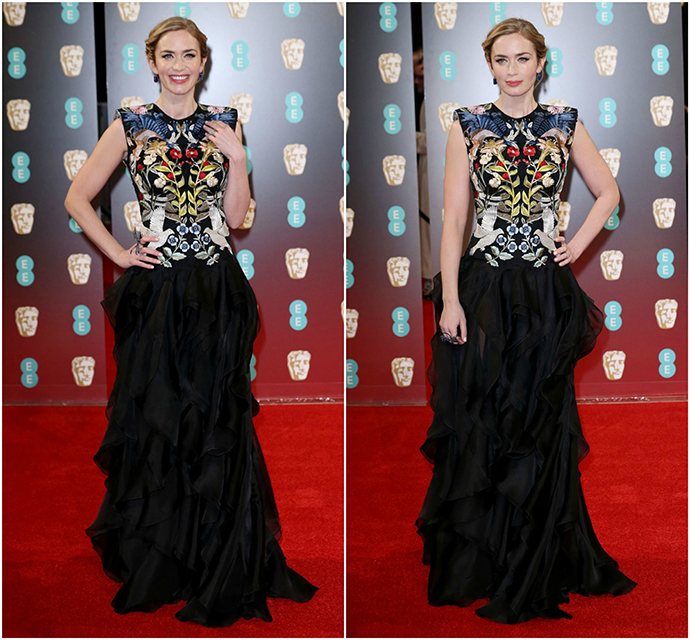 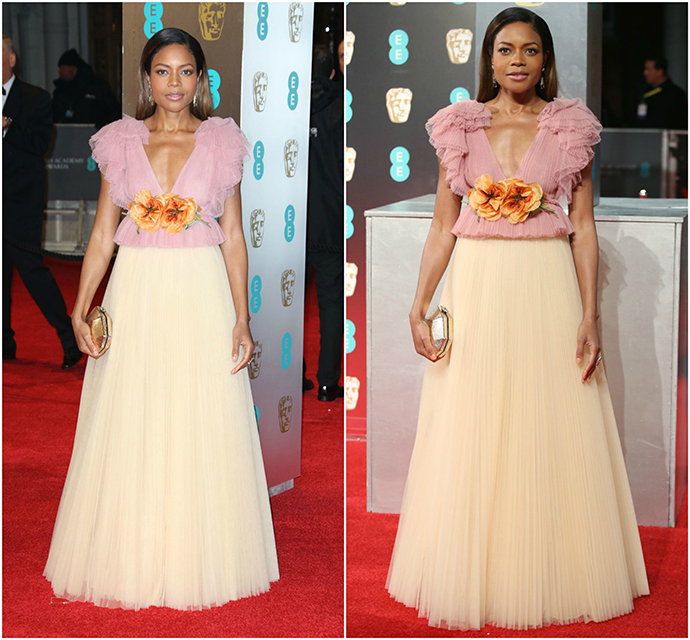 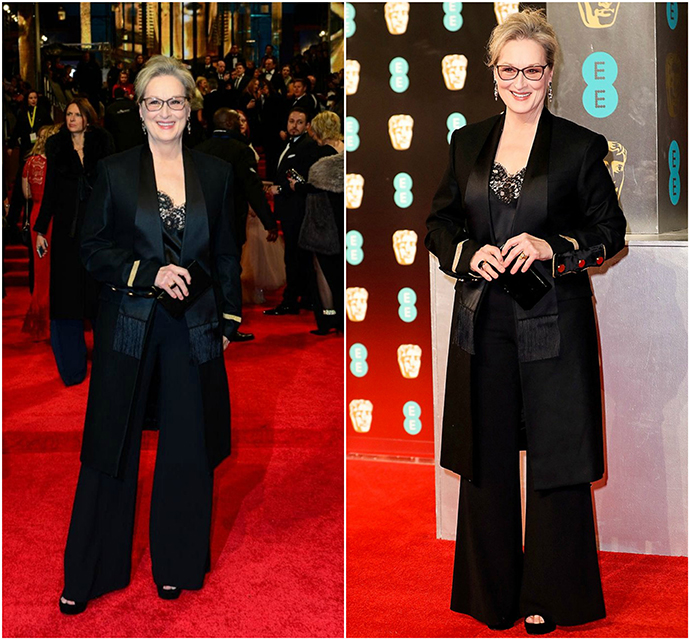 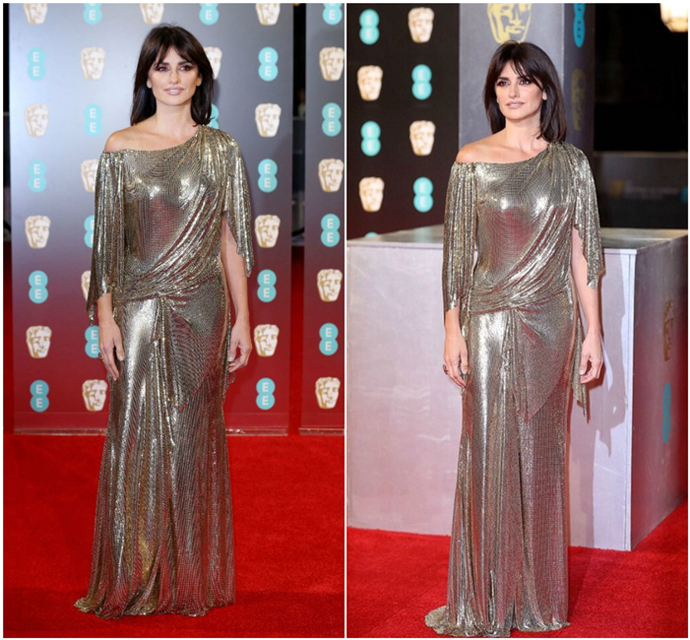 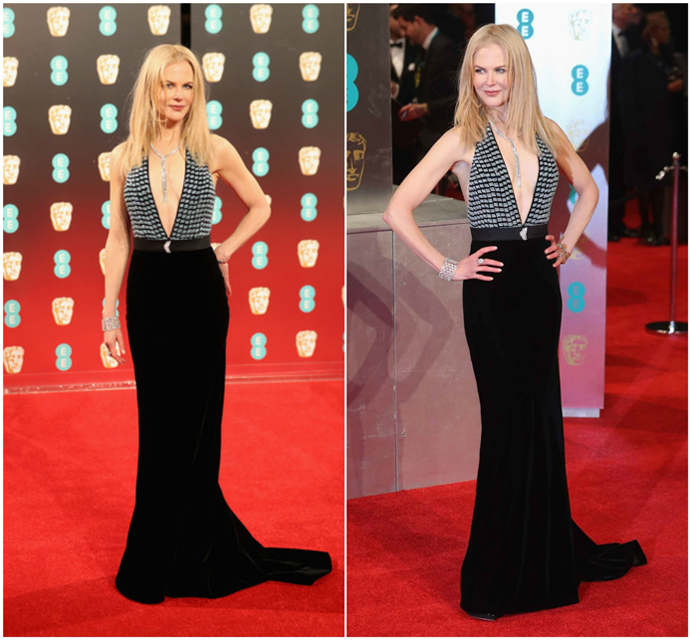 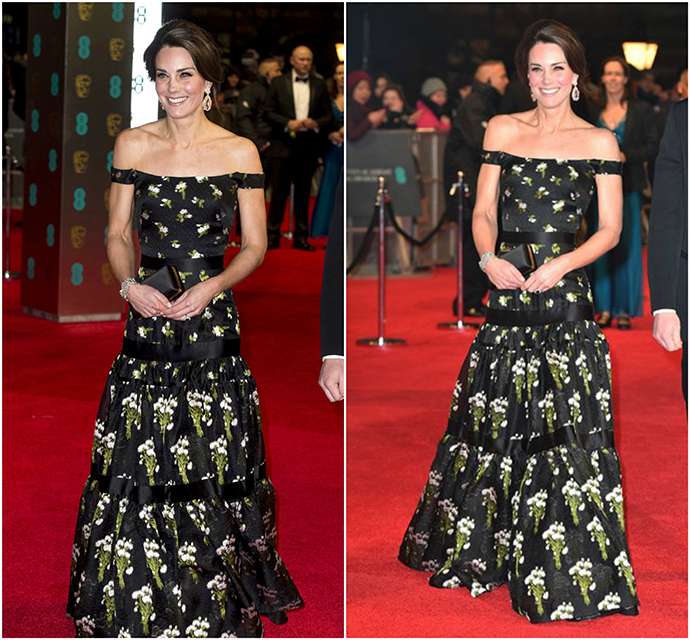 With a night as memorable as the Grammys, the outfits that adorned the red carpet were equally memorable and picturesque. Can’t we have them all in our wardrobes? Oh, how we wish!

And like always choosing the best out of the best red carpet looks is something we don’t like doing because we love each one of them. But still we have convinced ourselves and have narrowed our list of Top 5 looks which were the star of the evening and deserve a spotlight of their own.

Is there anything this girl can’t pull off? We think not! We are in the awe of how she turns every outfit into something extraordinary. These Armani separates i.e. a crop top and a black skirt could have turned out into something else but because it is RiRi, it’s here in our list! 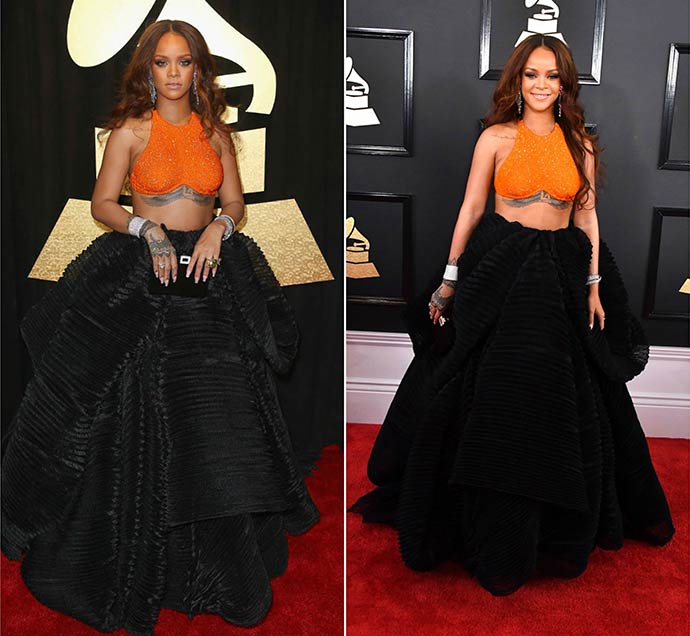 Adele broke the internet by giving half of her award to Beyonce and dedicating it to her. But she also turned heads with her green Givenchy gown, elegant hairdo and minimal accessories. 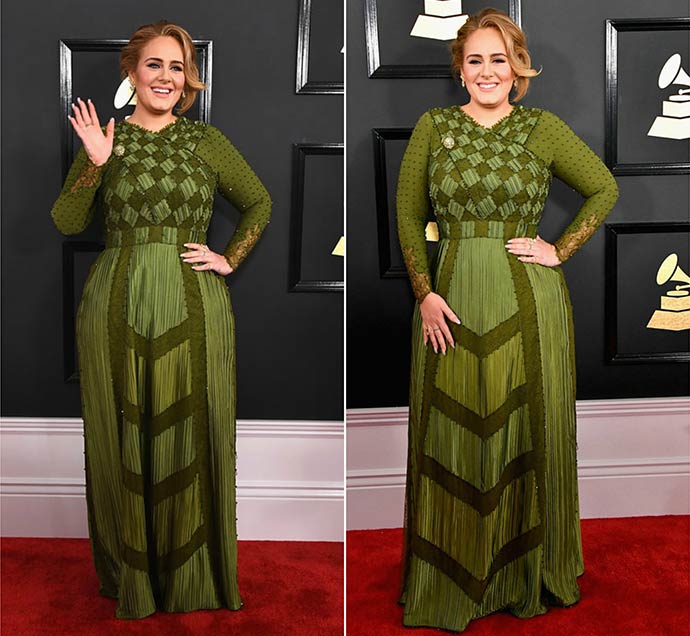 This gorgeous glittering Balmain dress is so different and so attractive. I think she totally nailed her look in this piece! 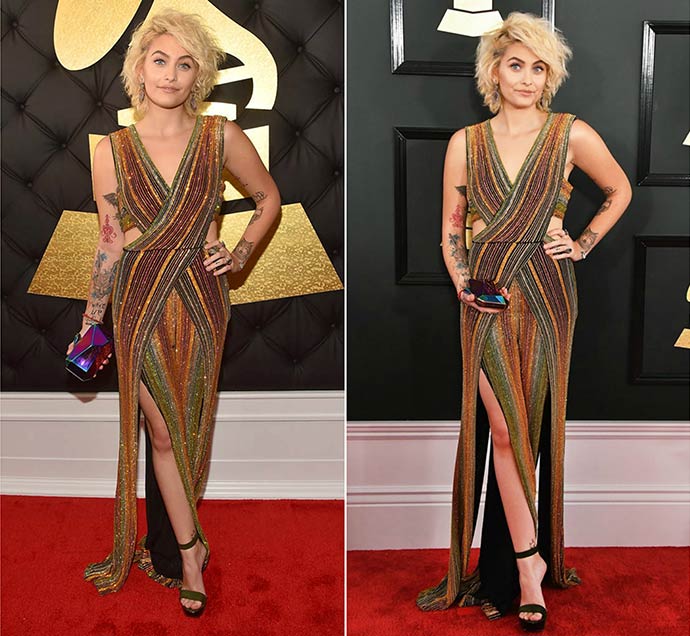 With this black gown by Roberto Cavalli, Chrissy totally managed to cast a spell on us. The sheer cut out gown gets a thumbs up from our side! 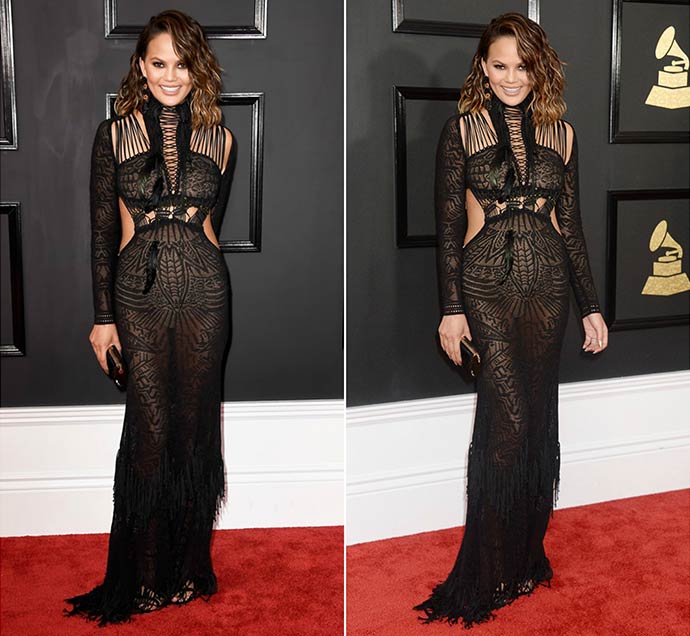 This glamorous gold dress by Gucci is pure elegance. The whole look comes out to be perfect and a bit of dramatic! 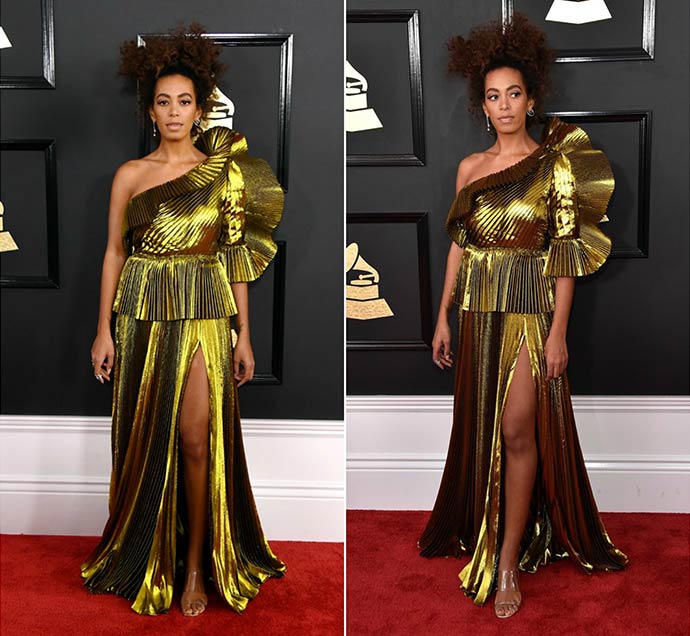