Every Fall/Winter, we witness one of the most star studded nights i.e. The American Music Awards 2016 or known as AMAs. Big names of the music industry make their presence felt in best of their fashion game. Right from Lady Gaga, Selena Gomez to Gigi Hadid & Karlie Kloss, our favorite stars attended this year’s award show which was held on November 20, 2016 in Los Angeles. Like always, we saw so many stunning looks and it was hard to make a list of the best dressed ones. But still, down below we have managed to list out the looks that totally bowled us away!

So, let’s quickly have a look at the best dressed celebrities at the AMAs.

GIGI HADID IN ROBERTO CAVALLI: Is there anything she can’t pull off? We think not! The star always manages to make a statement, no matter where she is headed to. Whether it’s her street style or the red carpet looks, we love them all! This Roberto Cavalli white off shoulder number out of all her outfits of the evening is the one we loved the most. The sheer lacey dress paired with a choker was quite different. 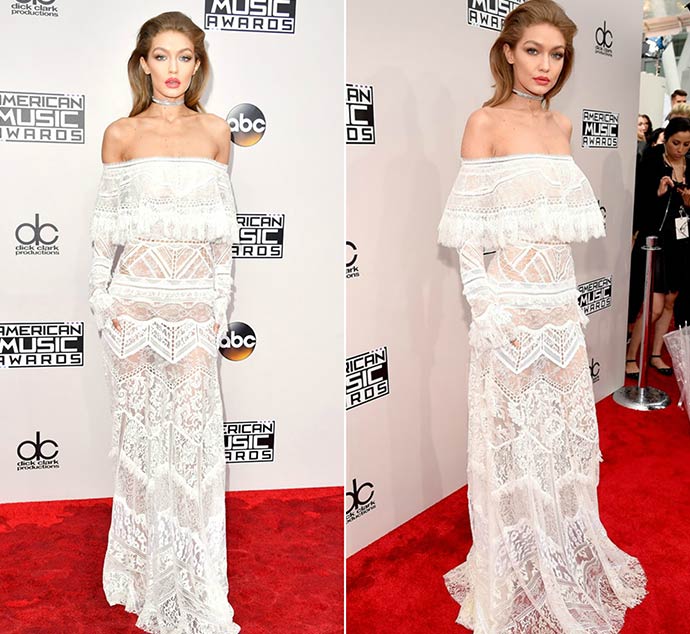 SELENA GOMEZ IN PRADA: After a long break, the singer and actor made a noteworthy appearance in this sleek, flowy red gown by Prada stressing on simplicity. With minimal accessories and sleek hairdo, she was looking nothing short of a goddess. 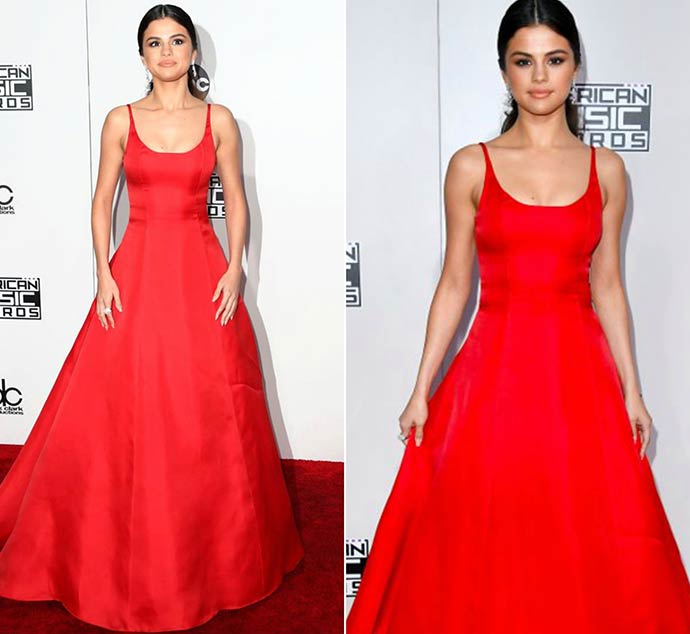 KARLIE KLOSS IN VERSACE: Our favorite model surely knows how to slay! She can really make a simple outfit look like a million bucks. But this time this Versace asymmetrical gown added charisma to her entire look and made her look even more beautiful. 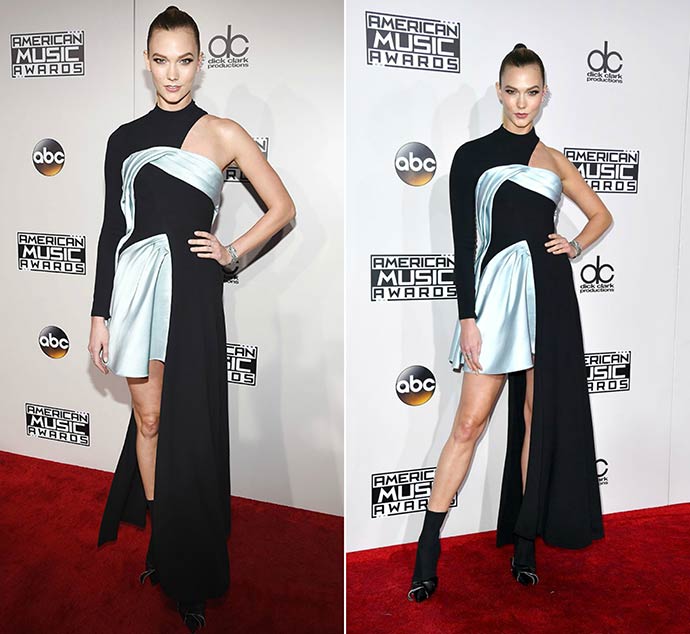 ARIANA GRANDE IN ALEXANDER MCQUEEN: The sheer lace top along with Alexander McQueen white pants is an overall chic look paired with a choker and Ariana’s signature pony style. 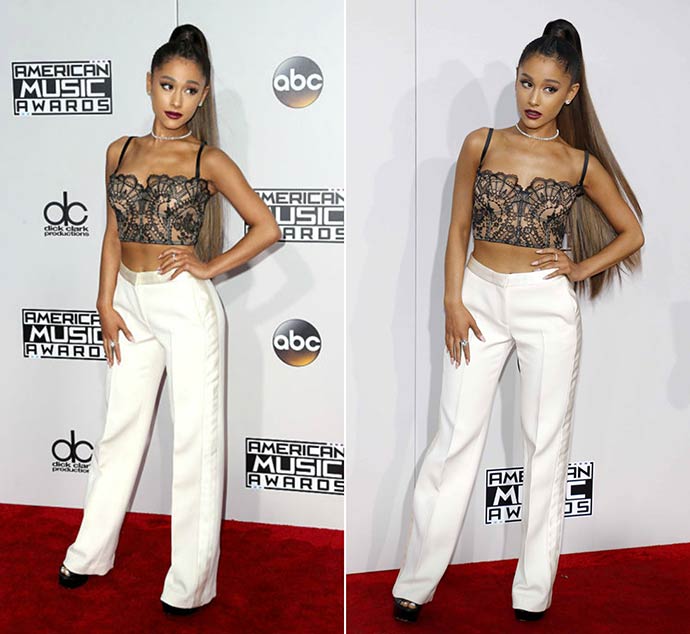